Glovershaw, Baildon
9am - Three Stonechats by the 'gallops'.
Paul King


River Aire (Utley to Silsden)
Birds seen included Kingfisher, Cormorant, Meadow Pipit, four Grey Herons.  A flock of 80 Woodpigeons.
Canal (Silsden to Utley) Birds seen inclued two Common Gulls, four Jays, a Kestrel, a Green Woodpecker, 50 Lapwing (very mobile).  A Jackdaw attempted to fly in formation with the lapwings but kept crashing into them every time they changed direction, so gave up in the end
Stainburn Forest
Two Stonechats, along the fence by the track and a flock of 150 Lapwings in a ploughed field.  A ringtail was south of the main track.
John Poland
Migration Watch

Glovershaw
9am Seven Stonechats on brambles and gorse bushes around the 'gallops'.  A Wheatear on the 7th fairway.  Also a small flock of goldfinches, single Reed Buntings and a few Meadow Pipits.
Shipley Glen
4pm A Green Woodpecker called as it flew, and briefly landed, near Brackenhall Farm
Paul King
Silsden Reservoir 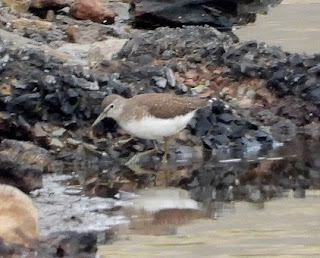 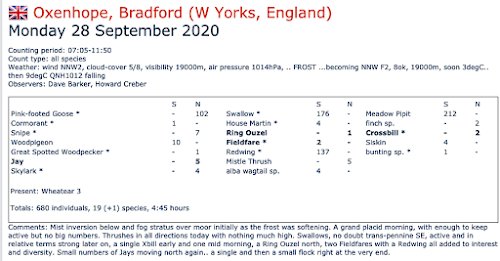 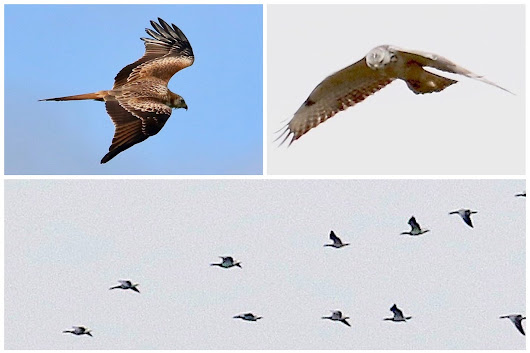 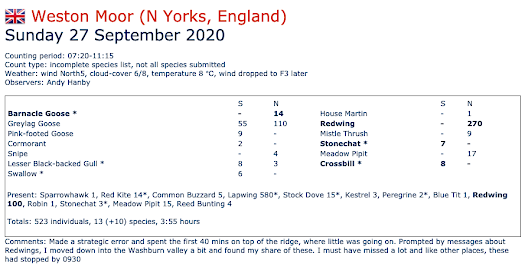 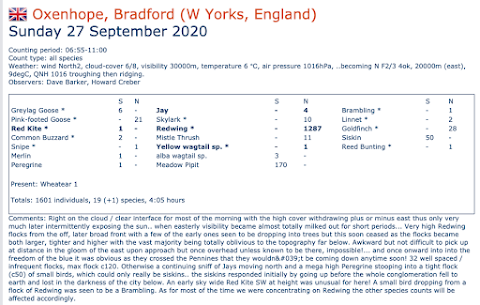 I had a walk around Timble Ings, including a section of the Otley - Blubberhouses road, and moorland to the north of the plantation.

Highlights were a flock of around 200 Redwing (probably my earliest ever), two small groups totalling about a dozen Crossbills, and a Raven.

26 Goosanders were seen on the tarn. 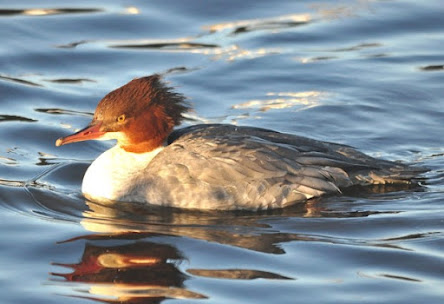 Photo and report from Brian Vickers 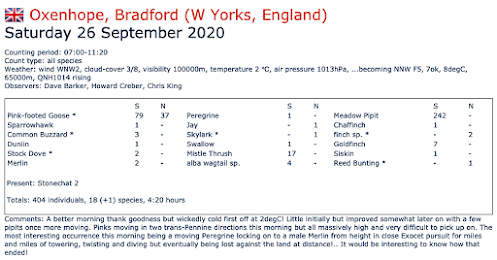 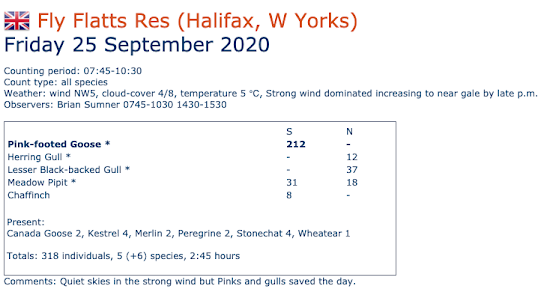 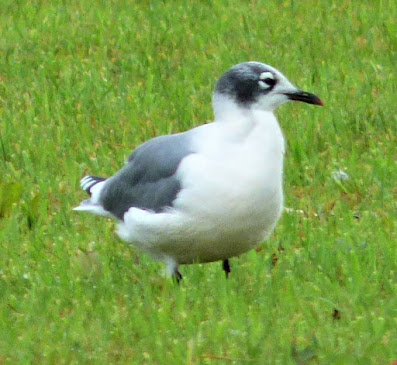 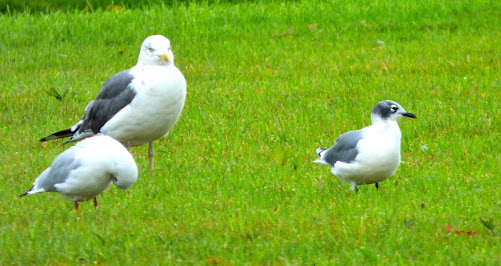 Photos of the Franklin's Gull taken today at Redcar Tarn by Keith Moir.
Redcar Tarn, Keighley
The Franklin's Gull has been sighted once more. It is now back at Redcar Tarn and the nearby fields, particularly the cemetery site.
Keith Moir
Heaton Royds Lane, Bradford
Jane reports over 200 Jackdaws heading south eastwards over Heaton Royds Lane.  This is a regular feature of autumn and winter and numbers will grow over the coming weeks.
Jane Robinson 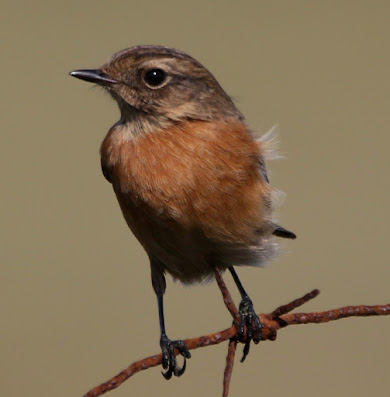 A juvenile Stonechat at Fly Flatts by Brian Sumner 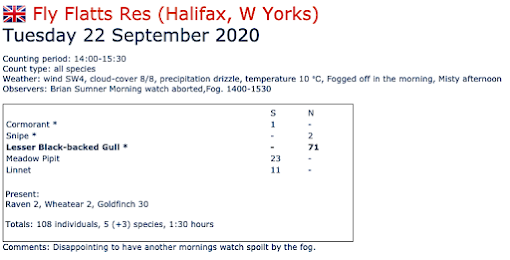 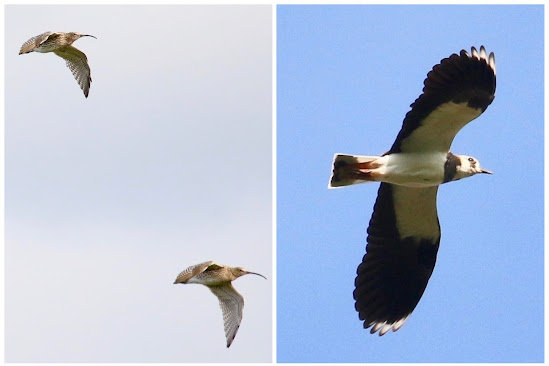 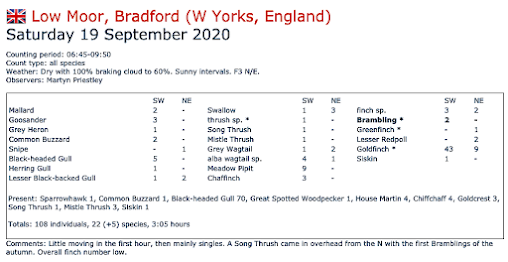 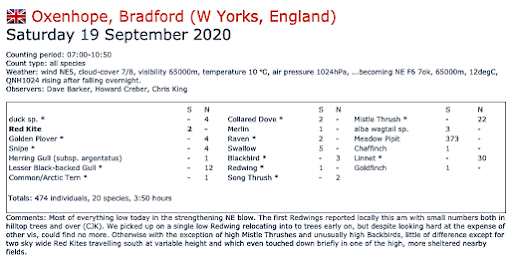 Report by David Barker, Howard Creber and Chris King
River Aire - Utley to Silsden
A Jay, seven Swallows, 75 Lpawings, a Goosander and two Buzzards over Silsden.  Good numbers of tits along the river bank.  At Silsden Beck, two Grey Wagtails and a Dipper.
A Sparrowhawk flew into Alder Carr  Wood and a mixed flock of about 80 House Martins and Swallows were seen along the canal on the return walk.
Josh Selfe 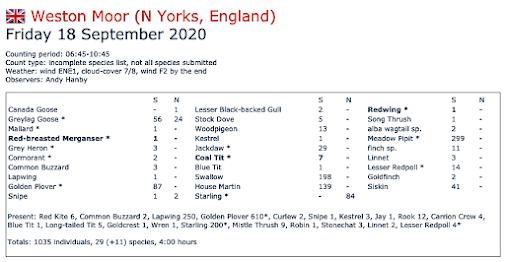 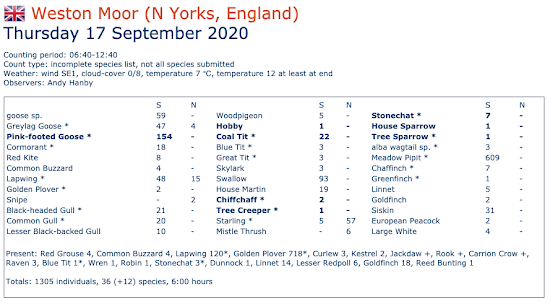 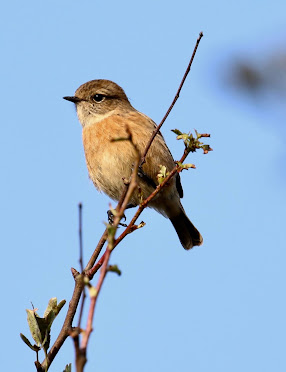 Report and image of a Stonechat from Andrew Hanby.  Andrew points out that Coal Tits have been moving along the Yorkshire and Northumberland coast in good numbers over the past two weeks.
Migration Watch - Fly Flatts (Warley Moor Reservoir) 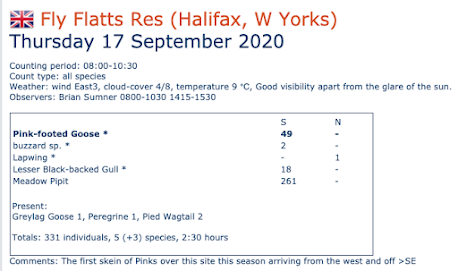 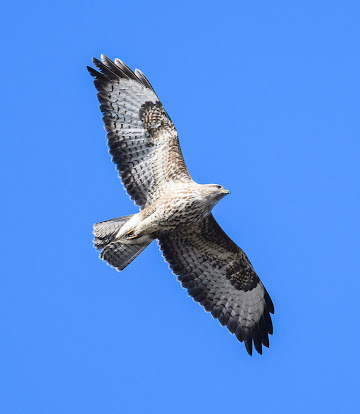 Glovershaw
9am - Three Wheaters on the 11th fairway.
Paul King
Redcar Tarn
9.30am - Eight Teal flew over the tarn, but no sign of the Franklin's Gull
Josh Selfe
Fly Flatts, Warley Moor Reservoir
10.30am - A Wryneck flew from a fence post up the track, east through the turbines towards Ogden.  Also 17 Wheatears, nine Pied Wagtails and a White Wagtails (see photo). 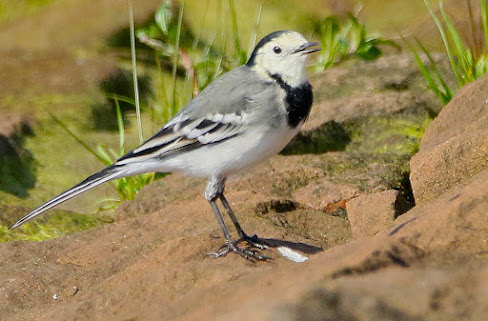 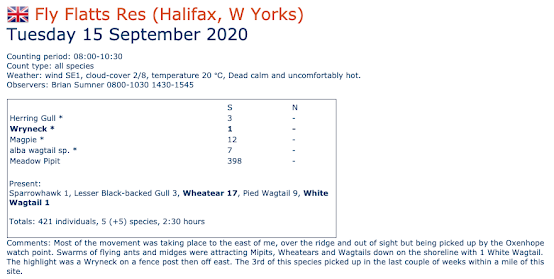 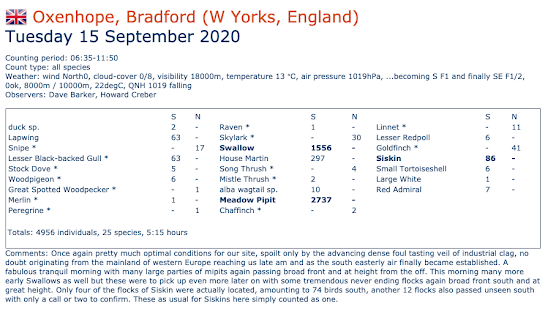 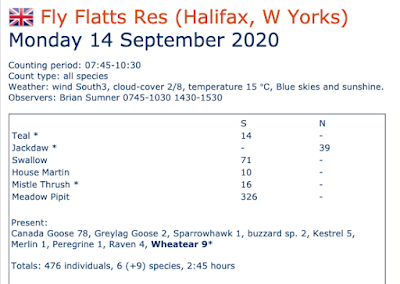 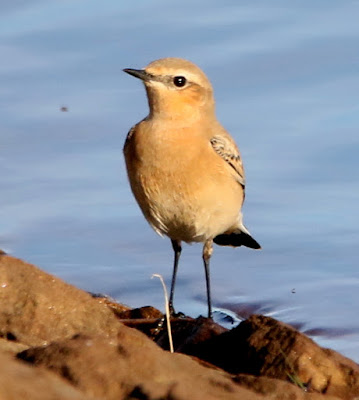 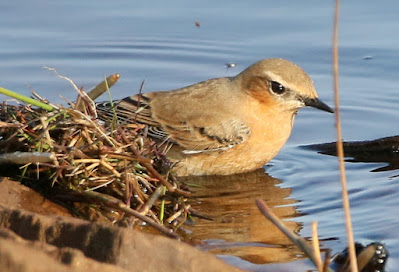 Report and images of Greenland Wheatears (leucorhoa) from Brian Sumner
see more on Brian's blog
Glovershaw
9.30am - Three Wheatears on the 11th fairway.  A flock of up to 20 Meadow Pipits and six Skylarks feeding on the 7th fairway.
Paul King
later: A Little Owl, adult and juvenile Barn Owl and a Wheatear.
There were four other Wheatears, a Stonechat, a Mistle Thrush and six Meadow Pipits on the golf course. 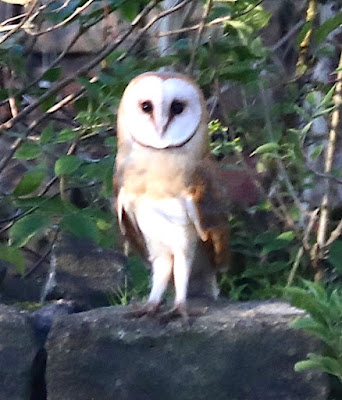 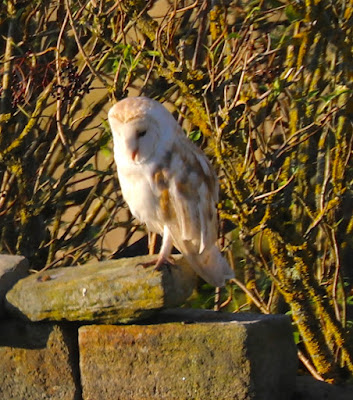 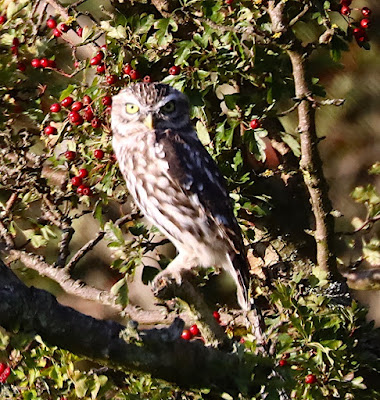 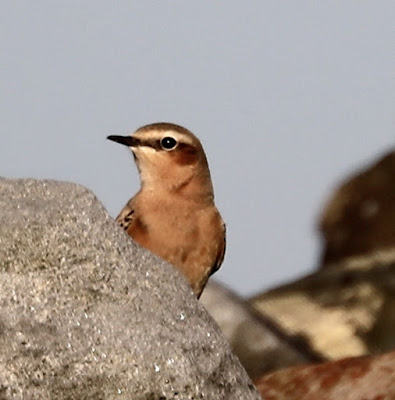