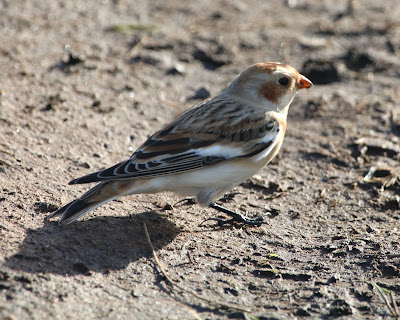 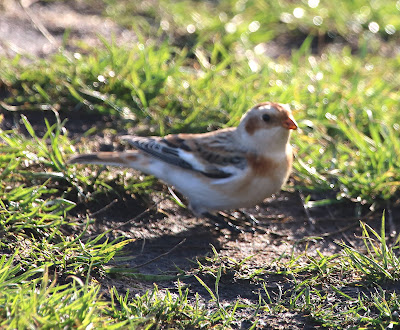 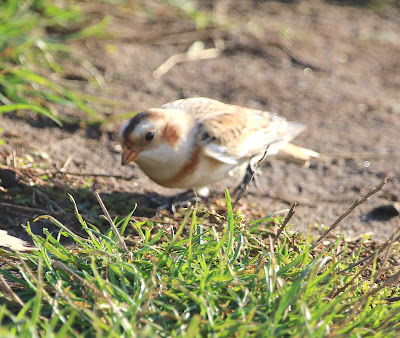 The female Snow Bunting, first reported on Friday, remains in the vicinity of the car park on Hawksworth Road, Baildon.  The bird is often seen feeding on a path behind the bins at the far end of the car park.
Paul King and Bryce Henderson (photos).
Stockbridge Reserve - Chiff-Chaff, male Tufted Duck, Reed Bunting, Cormorant plus 17 Pink Foot Geese flying east at 09.30.
Shaun Radcliffe