Welcome to the Blog of the Bradford Ornithological Group (BOG). Here you will find information about the latest sightings, an archive of information and a gallery photos of the birds of this area of West Yorkshire, England. We are an active group of 150 members dedicated to the study and conservation of birds within this region which is situated amongst the Pennines of Northern England.
Send your recent sightings and photographs to us at this address: recorder@bradfordbirding.org Please add us to your contacts.
Visit our website: http://www.bradfordbirding.org/
Please note that all images remain the property of the photographer.
SWIFTs IN AIREDALE AND WHARFEDALE - TELL US IF THEY ARE BREEDING IN YOUR AREA. 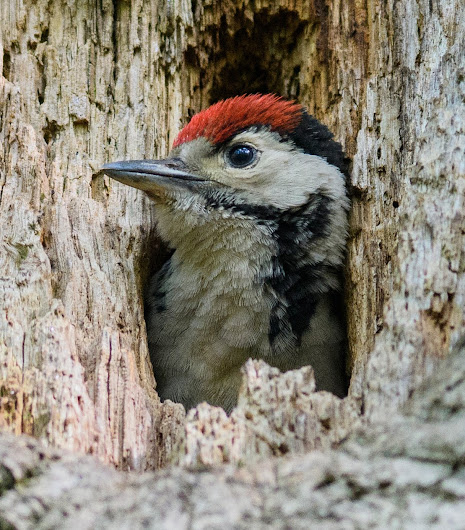 Bingley stretches of canal - up to 4 pairs of Goosanders preferring this site to the flooded river.

Bingley Bog North and adjacent stretch of canal
Two Goosander, four Moorhen, a flock of over eight Long-tailed Tits, a couple of Bullfinch, Greenfinch and single Kingfisher, Grey Heron and Kestrel. An Otter was recorded in the canal on the stretch between the locks. 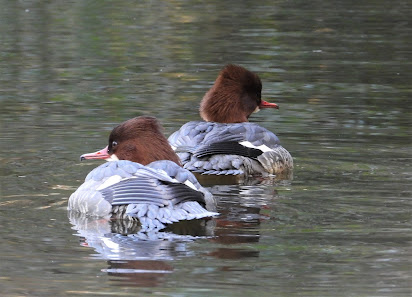 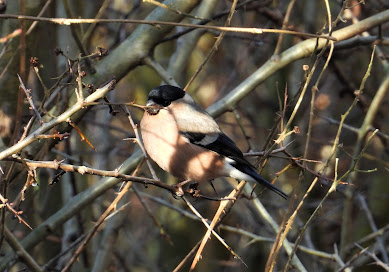 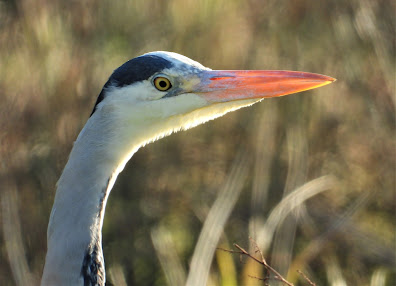 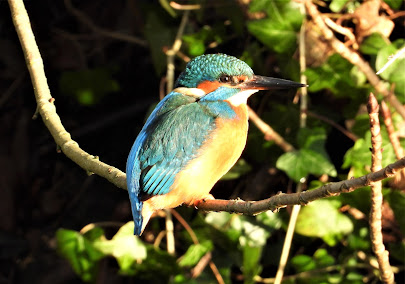 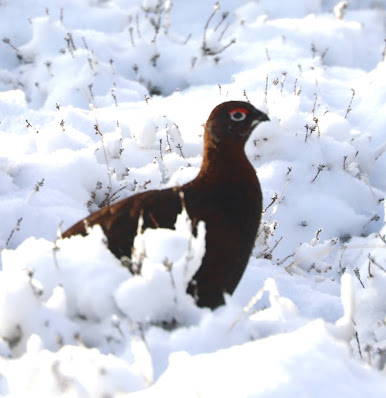 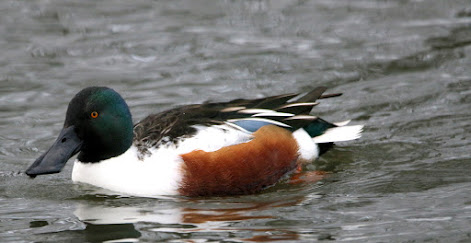 Bingley Area
Over 30 Redwing on a fairway of Shipley Golf Course as viewed from Beckfoot Lane, a single Fieldfare with them and four Mistle Thrush. There was a Kingfisher on the canal between the 3 Rise and 5 Rise locks.
Ian Skayman

Bingley Garden
Four Bullfinch, three Siskin, three Greenfinch, at least six Goldfinch in addition to a female Pheasant and a cast of tits. 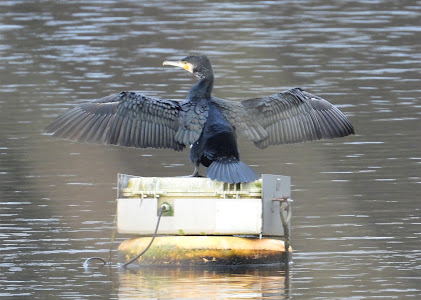 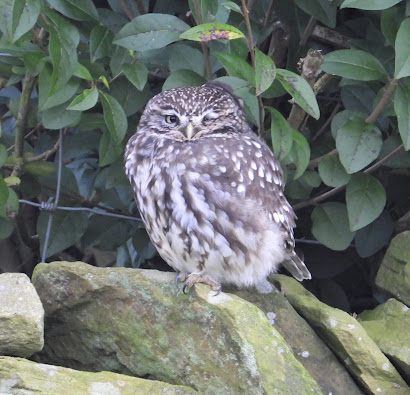 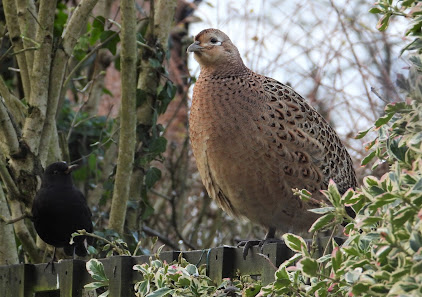 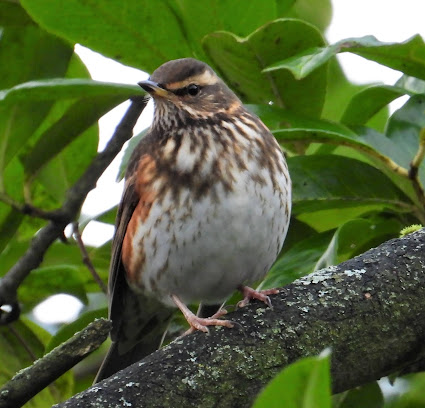 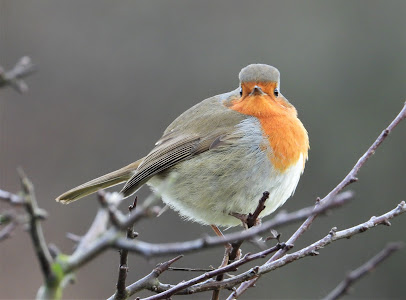 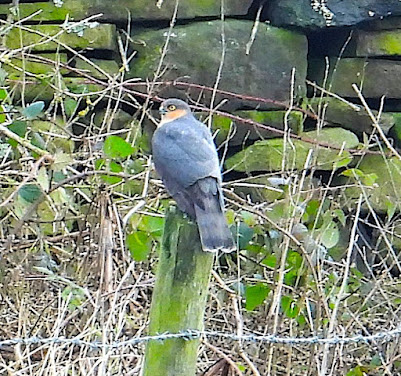 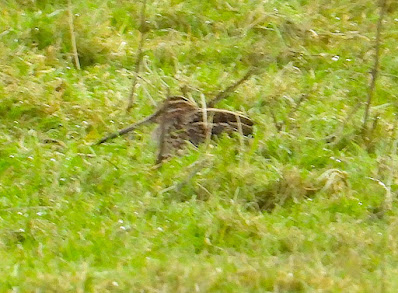 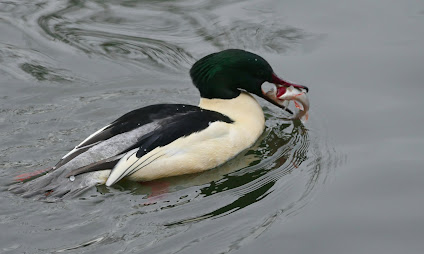 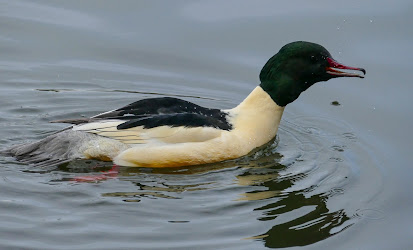 Photos and Report from Mike Smith

A Saltaire garden
The new year brought four Redwings into the garden along with four Siskins. A flock of Long-tailed Tits roosted in a beech hedge and 20 Blackbirds and 10 Woodpigeons were attracted to windfall apples.
Steve Meredith
Myrtle Park, Bingley
Present in the park and along the riverside: three Cormorants, two Kingfishers, two Grey Herons, three Goosanders, a Dipper and a Grey Wagtail.
Phil Matthews 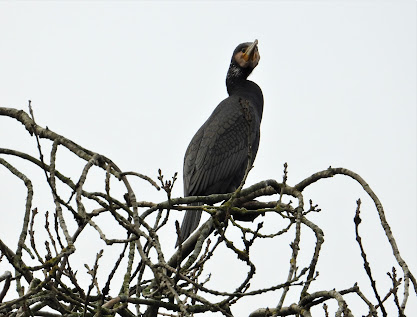 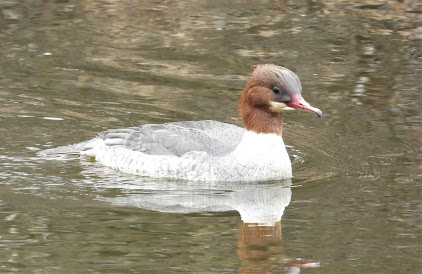 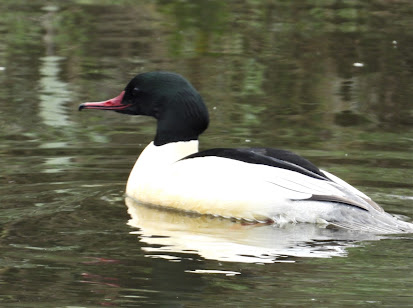 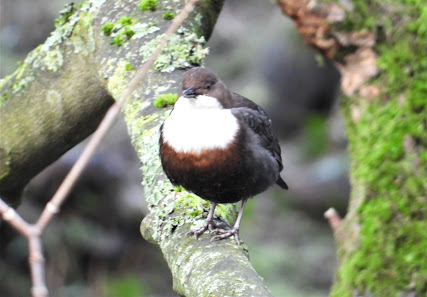 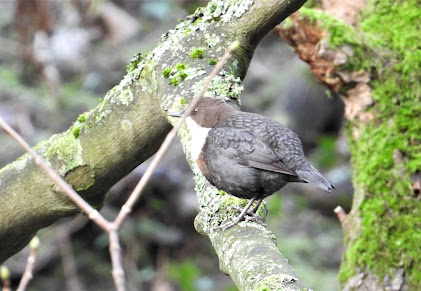 Photos and Reports from Phil Matthews

Stockbridge Nature Reserve
A Cetti's Warbler,  first seen yesterday was relocated at the reserve today.  This is the second record in the Group's recording area.  The first was on 31st October 2016 at Snaygill.
John Middleton
Glovershaw, Baildon
A Barn Owl was seen hunting over the moor.
Paul King

Applerley Bridge
A skein of about 150 Pink-footed Geese flew westwards at 11.15am.
Damian Pearson 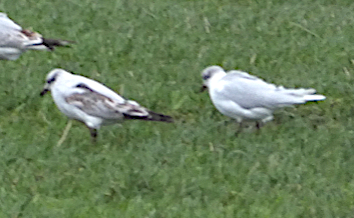 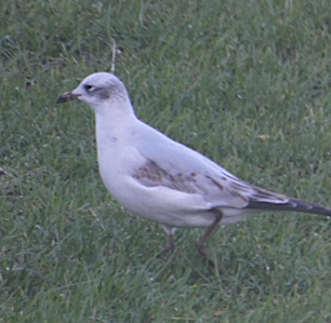 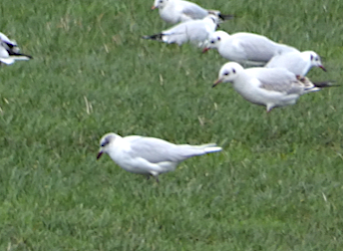 CHRISTMAS GREETINGS TO ALL BIRDWATCHERS & LOVERS OF NATURE.
ALL THE BEST FOR 2021 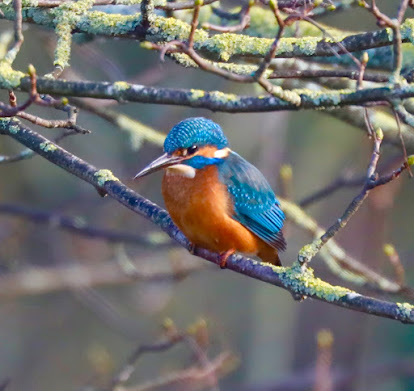 Stockbridge Reserve
A Little Egret, Goldcrest and Bullfinch plus a Water Rail was heard.
Shaun Radcliffe
Aire Valley - Utley to Riddlesden
A singing Mistle Thrush 15 Fieldfare, a handful of Redwing, a Grey Heron and two Cormorants.  There was also a Little Egret, three Goosanders, a Jay and a Bullfinch.
Leeds and Liverpool Canal
Two Common Buzzards were calling whilst they circled overhead and six Goosanders and a Kingfisher were noted along the walk.
Josh Selfe
Leeds and Liverpool Canal at Riddlesden
Two pairs of Goosander, five Mute Swans, a Kingfisher, a Tufted Duck, and a Grey Wagtail were the pick of the species.
Bingley Moor/Ikley Moor
A walk over the area produced a Rite Kite, two Common Buzzards and a male Stonechat.
Penny French
Oxenhope
A Barn Owl was seen from the road whilst passing through the area.
Tom Simcock

Utley
A flock of 40 Goldfinch in an Utley garden.
River Aire, near Silsden
A Common Buzzard low over the river near Silsden, possibly just been feeding on a nearby dead sheep.  Also 50 Lapwing flying over and a Kingfisher on Holden Beck.
Josh Selfe